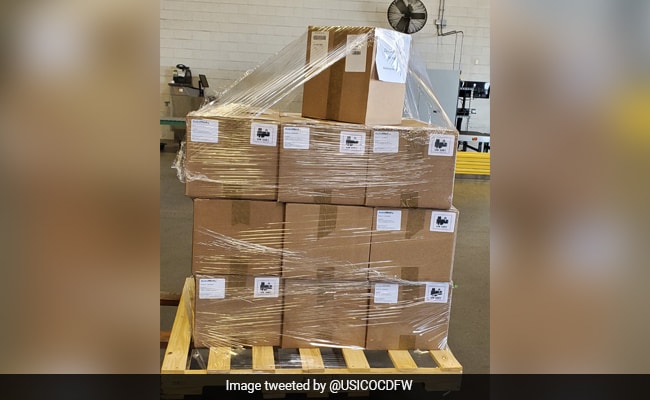 The foundation is likely to send a third shipment of 25 ventilators in the next few days.

The US India Chamber of Commerce (USICOC) Foundation has shipped another 32 portable ventilators to help India battle the deadly second wave of the COVID-19 pandemic.

The foundation is likely to send a third shipment of 25 ventilators in addition to several oxygen concentrators in the next few days.

The US India Chamber of Commerce of Dallas-Fort Worth and Indo-American Chamber of Greater Houston (IACCGH) have joined hands to unite the entire Texas Indian-American diaspora in this effort.

Jagdip Ahluwalia, executive /founding director of the IACCGH, credited many community organisations and individual business owners for these efforts.

Jagdip Ahluwalia also acknowledged the contributions made by the logistics and cargo teams at Perimeter Global Logistics, Southwest Airlines, and United Airlines.

IACCGH president Tarush Anand said, “While what is happening in India is heartbreaking, it is encouraging to see the Indian-American community rally together to support the people of India in their time of need. Dozens of private donors and various organisations have supported these efforts wholeheartedly.”

“Islam teaches us to aid all humanity, and as such to help India in this time of need is both a matter of faith as it is one of kinship for the Dawoodi Bohras”, he said.

Neel Gonuguntla, the USICOC president, said, “This collective community effort is the result of hundreds of helping hearts.”

President of the IT Serve Alliance Raghu Chittimala partnered with the USICOC Foundation and donated over USD 100,000.

“We want India to know that the ITSERVE Alliance community has your back to provide the help in any way we can,” he said.