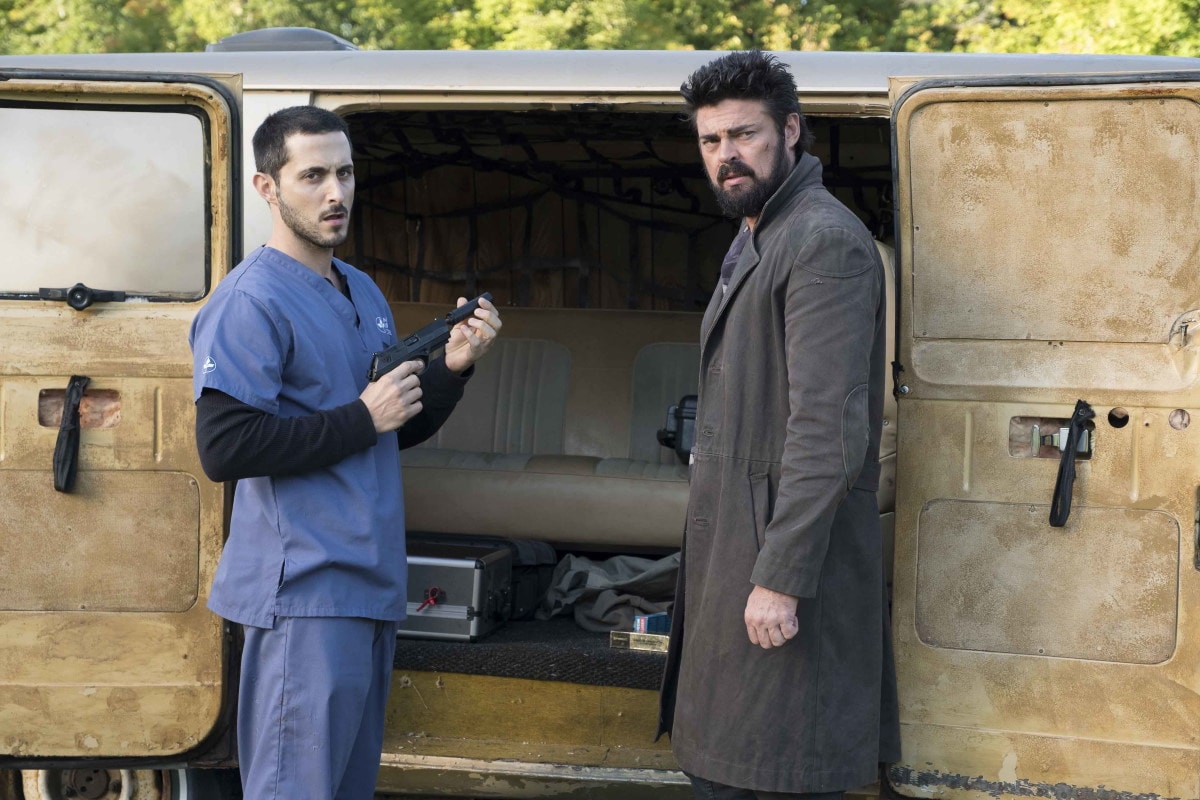 The Boys season 3 episode 1 will feature “the craziest thing we’ve ever done”, creator, showrunner, and head writer Eric Kripke has teased in a new interview. Kripke naturally doesn’t wish to spoil what it is, though he did reveal that it would be in the visual gag department, in line with other stuff The Boys has done in the past including “the 12-inch penis, the smashing into a whale broadside, [or] facing-sitting a guy to death”. Also in the interview, Kripke said The Boys season 3 will explore “how politics are turning us on each other” in the US, thanks to new character Soldier Boy.

Asked how he feels about being able to include profanity on The Boys, something he couldn’t do with Supernatural on cable TV, Kripke said he isn’t so crazy about dropping F-bombs. Instead, he’s always more excited about the visuals they can pull off at Amazon Prime Video, which allows The Boys to be as adult and graphic as it wants. Noting the penises and the whales, Kripke added: “Those are the ones that, for me, I sit in editing with my hands over my head, just giggling. Because I was in broadcast for so long. And so, I don’t take for granted that I’m in a space where I can just pull this stuff off.”

“Without giving away any spoilers, I was just in editing yesterday, and we’re doing something here in [The Boys] season 3 premiere that is not only I think the craziest thing we’ve ever done, it’s got to be up there with the craziest thing anyone’s ever done,” Kripke continued. “Maybe it won’t work. Who knows? But I’m just so high on this gag that we’re pulling off. And it’s certainly something nobody has ever seen before, probably for good reason. So all that’s really exciting.”

Without delving into spoilers (again), Kripke also touched upon how they are expanding their socio-political critiques in The Boys season 3. From the start, The Boys — largely thanks to its adult 18+ rating — has been able to tackle the likes of white supremacy, political polarisation, refugee fear-mongering, and America’s gun laws. On The Boys season 3, Kripke & Co. are pushing their exploration of “America itself as a myth” beyond that, in time and scope.

“A big element of the comics actually are flashbacks to World War II and Vietnam,” Kripke said. “I always really loved it because you got to see how the superhero phenomenon didn’t just affect the present, but how it affected parts of the past as well. And so, we have this character [on The Boys season 3], Soldier Boy, played by Jensen Ackles, and he’s been around since World War II and was the first Vought superhero. Through him and through his story, we’re able to explore a lot of the history of the country, really.”

Kripke added: “I’d say in previous seasons the bogeyman for you to be scared of used to be, ‘The terrorists are coming to get you.’ And now it’s sort of metastasised into, I think, a much more ominous, ‘Your neighbour is coming to get you.’ And that’s scary to me, how politics are turning us on each other. So, we want to explore what it means to be in America, really.”

The Boys season 3 doesn’t have a release date. But don’t expect it before 2022, given it’s currently “in the middle of shooting” and “just over the halfway point by a couple of weeks”, Kripke revealed.

It’s Google I/O time this week on Orbital, the Gadgets 360 podcast, as we discuss Android 12, Wear OS, and more. Later (starting at 27:29), we jump over to Army of the Dead, Zack Snyder’s Netflix zombie heist movie. Orbital is available on Apple Podcasts, Google Podcasts, Spotify, Amazon Music and wherever you get your podcasts.