Renault India has announced commencing exports of its subcompact SUV, the Renault Kiger, to South Africa. The company has despatched the first batch of 760 Kiger SUVs from the Chennai Port, and the export models were flagged off by Venkatram Mamillapalle, Country CEO & Managing Director, Renault India and Sunil Paliwal IAS, Chairman cum Managing Director, Kamarajar Port Limited (KPL). South Africa is the second export market for the Renault Kiger, the first one being Nepal, exports to which began only a few weeks ago in July 2021. The Kiger’s counterpart from Nissan, the Magnite, is already being exported to both markets from June 2021.

Commenting on beginning Kiger exports to the new market, Venkatram Mamillapalle said, “With the launch of Renault Kiger, Renault forayed in the largest and the fastest-growing segment of the Indian automobile market. The commencement of Kiger exports to South Africa today and Nepal earlier highlights Renault’s strong commitment to the ‘Make in India’ mission, demonstrating the competence of India’s design, engineering and world-class manufacturing capabilities. Renault’s diverse range of offerings in passenger vehicles has been consistently well-received by the people of South Africa.” 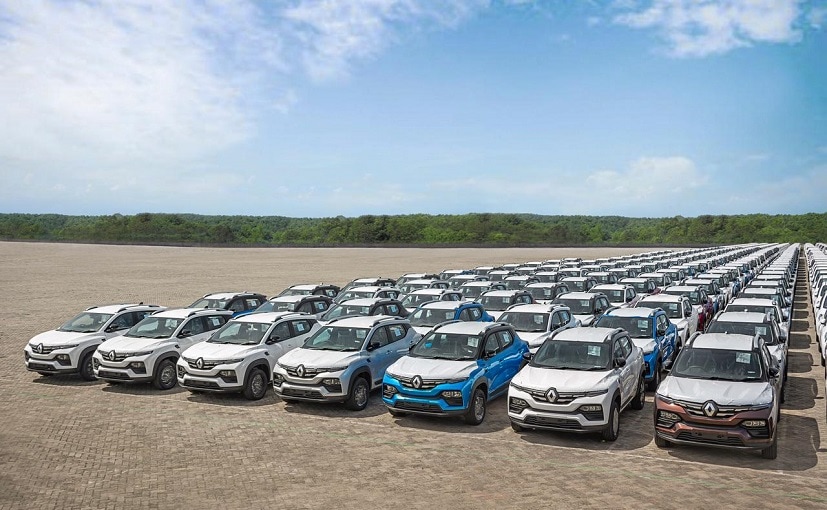 Talking about new export markets for the Kiger, Mamillapalle added, “We look forward to expand the exports of KIGER to many international markets soon including Indonesia, other parts of Africa and SAARC region, along with growing our customer base in India.”

Engine options include a 1.0-litre naturally aspirated petrol engine and a 1.0-litre turbocharged petrol motor. Both engines come mated to a 5-speed manual gearbox, along with optional AMT and CVT automatic transmissions, respectively. In terms of features, the SUV comes with projector headlamps with LED DRLs, alloy wheels, LED taillights, muscular exterior styling beefy cladding and dual-tone body colour options. The cabin features an 8-inch touchscreen display with Android Auto and Apple CarPlay, automatic climate control, a 7-inch digital instrument cluster among others. In terms of safety, the Kiger gets four airbags on the top trim along with ABS and ESC. In the middle seat, the rear gets a lap belt. There’s also a rear parking camera on the top trim. 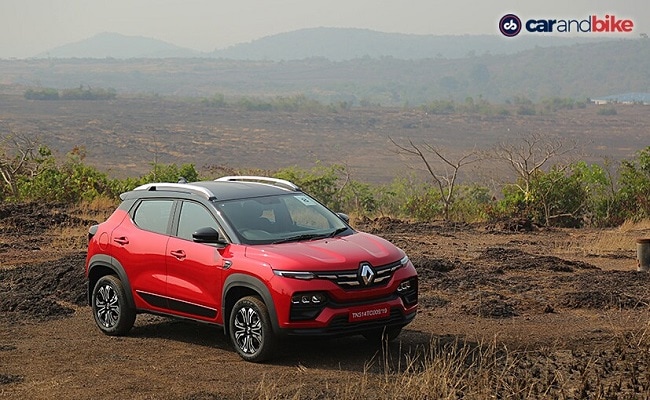 The Renault Kiger is based on the company CMF-A+ platform which also underpins the Triber MPV and Nissan’s Magnite subcompact SUV. Renault offers the Kiger SUV in four trims – RXE, RXL, RXT and RXZ and it’s priced between ₹ 5.64 lakh to ₹ 10.08 lakh (ex-showroom, Delhi) making it one of the most affordable subcompact SUVs in India.