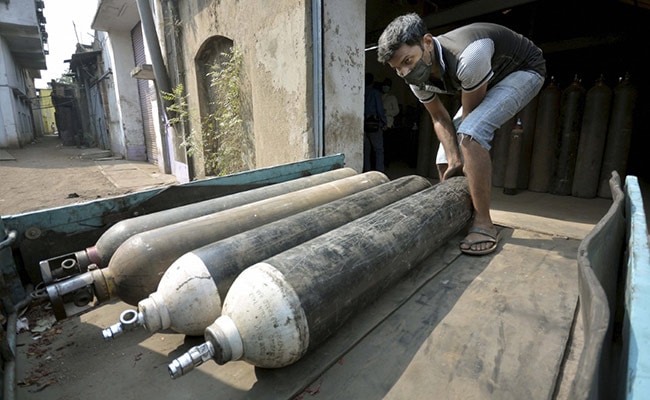 “The raid netted 400 cylinders, several of which were oxygen-filled,” police said. (Representational)

Over 500 oxygen cylinders were seized in Rewa and Satna districts in Madhya Pradesh on Sunday amid a rise in coronavirus cases, officials said.

A raid was carried out at a godown on a tip-off that an agency was selling an oxygen cylinder for Rs 30,000 and a Rs 5,000 medical kit along with it to a private person, Satna Collector Ajay Katesaria said.

“The raid netted 400 cylinders, several of which were oxygen-filled. The district administration will consider invoking the stringent National Security Act in this case,” he added.