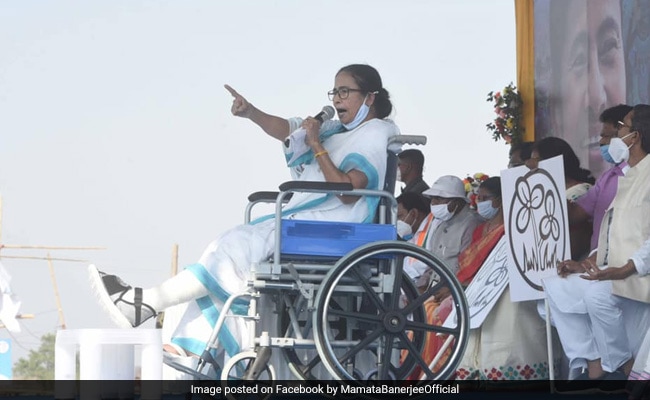 From Kerala’s beaches to the lush rice paddies of Bengal, from the river valleys of Assam to bustling Tamil Nadu towns, one figure strides the landscape: the regional satrap. The assembly polls of 2021 mark a new high in the rule of local bosses, giving this important message to all political parties: localize your brand. Just when the BJP’s national dominance seemed unstoppable, the limits of the saffron party’s expansionism have been exposed. Local strongmen – and a very strong local woman – have brought the BJP’s conquering horse to a halt.

West Bengal was where the BJP’s Ram rath was stopped in a manner reminiscent of Bihar two decades ago in the ’90s, when in 1990, then Bihar strongman Lalu Prasad Yadav first arrested LK Advani, then went on to win the 1995 Bihar polls in a famous victory with the entire political spectrum ranged against him. There are many similarities between Mamata Banerjee and Lalu Prasad Yadav. Both are colourful local folk heroes, both show remarkable street-fighting skills. Faced with formidable enemies, neither takes a step back. Given the massive, aggressive and intense BJP mobilization against Mamata Banerjee, a national leader may have run for his life or given up the battle. But when the enemy looms large, local dadas and didis dig themselves in for trench warfare. Where Lalu Yadav once had his Muslim-Yadav votebank, Mamata today has her Muslim-Mahila votebank and in this election, the precipitous collapse of the Congress-Left alliance delivered a large section of voters to her Trinamool.

In Kerala, comrade-turned-‘captain’ Pinrayi Vijayan is now almost Commander-in Chief Vijayan, a personality cult so far unheard of in the Kerala Left. He’s adopted the same supremo model as Mamata Banerjee, of centralized power, intolerance of dissent, talking directly to voters and focusing on beneficiary politics, that is, populist politics based on delivery of welfare schemes. If Mamata has her Kanyashree and Rupashree schemes, Vijayan boasts of his foodkits and pension schemes. The supremo model carries the danger of weakening party structures and creating client-patron relationships with sub-regional party bullies, but keeps voters loyal to the charismatic Big Chief at the top.

Even in Assam, where the BJP-alliance retained power, a large part of the credit for the party’s victorious haul of 73 seats (although the wider Congress alliance gained a larger vote share) goes to its own local boy, Himanta Biswa Sarma, who tirelessly criss-crossed the state, daily building his peoples’connect. Even if he doesn’t become Chief Minister, the 52-year-old gives the BJP its strong Assam foothold, severely lacking for the Congress, which is unable to find a credible successor to the late Tarun Gogoi. Even in tiny Puducherry, the return in 2021 of former Chief Minister N Rangaswamy shows how the BJP has ridden piggyback on a local satrap to gain a toehold in a southern frontier.

However, it isn’t as if the old political order of a traditional regional party machine and an old-style family politician has crumbled completely, as shown in the rise of the DMK and of MK Stalin. Yet, in the post-Jayalalithaa-and-Karunanidhi-era in Tamil Nadu, the ground is ripe for new leaders who can break out of the old ruling class and stand forth as the state champion. The fact that Edapaddi Palaniswami, himself a first-generation farmer who rose through the AIADMK ranks, went on to become a popular and trusted state leader even if he didn’t win the election, shows how Tamil Nadu is now an open field for new political talent. 66-year-old Palaniswami is a leader to watch. Although he does not have the stature of Jayalalithaa, not only was his Chief Ministerial tenure a successful one, he has prevented a total wipe out of the fractured party.

The regional satraps face dangerous pitfalls though. They must not make the mistake of Narendra Modi and Amit Shah of attempting to annihilate the opposition. This bullying approach results in two dangers to democracy: first, it pushes political discourse from the institutional framework to the streets and second, opens the doors for the ruffians and musclemen to take up the role of opposition. Also, if party structures are weakened by an over-centralization of power in a single personality, the party implodes once the towering personality exits the stage. The AIADMK is paying the price for its over-dependence on the late Jayalalithaa.

The characteristic of all regional satraps, however, is their passion and drive to fight for every inch of their space, making them formidable opponents. Anyone who remotely knows Mamata Banerjee is immediately struck by her capacity and tenacity to fight, she is a prize fighter to the core. The challenge for Mamata and for all regional bosses is to realize that they don’t always have to stage do-or-die opposition-crushing battles to survive because for a rapidly modernizing electorate, the best political capital is to deliver solidly on governance.

At crux is also the fact that these were state elections with a completely different grammar from national elections. In Kerala, for example, the Congress won 19 of 20 seats in the 2019 general elections but has failed to score in state polls, showing that the High Command culture and One-Size-Fits-All approach simply does not work in Vidhan Sabha elections which are densely rooted in local issues and local politics. Conversely, local leaders cannot automatically win national elections. It would be a misreading of the mandate to project state satraps onto the national stage as they do not have the narrative or organization to reach out beyond their states. A resurgence of the federal polity does not mean a sudden shift in equations at the centre. In fact, the further decline of the Congress in these elections means the BJP does not have a national challenger, however robustly it is stalled in the states.

So, a warning for those calling for Chief Ministers to become magnets for the national opposition: a victory in the state does not mean a capture of power in Delhi will follow. In 1995, a triumphant Lalu Prasad Yadav came to the capital to cry “Delhi, Pataliputra is coming,” as if to suggest his conquest of Patna would be followed by a seizing of the throne in Delhi. That dream never did materialize. Regional leaders may be the uncrowned kings and queens of their states but ‘Dilli dur ast’ – Delhi is still far away.

(Sagarika Ghose is a senior journalist and author.)