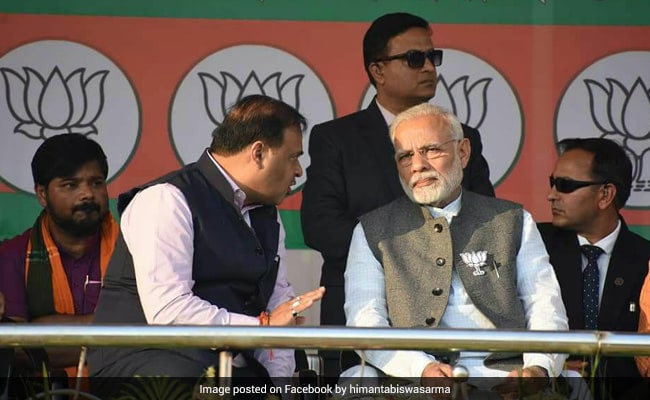 Himanta Biswa Sarma, 52, is restive, while his MLAs are vocal that after delivering Assam twice to the BJP, it is now their man’s turn to hold the top job of Chief Minister.

Every other state whose results were counted on May 2 has a decision on who will lead its government. But there’s no public announcement from the BJP on Assam. The delay will impact Covid management at a time when governments need to focus their undivided attention on it. But what is clearly behind-the-scenes dithering on giving Sarbananda Sonowal, 59, a second term has emboldened Sarma and his band of MLAs, who reportedly form more than 50% of the BJP’s total elected candidates. After the result, Sarma and Sonowal held separate meetings with the elected MLAs. Before the polls, Sarma had announced that he would not run, but within 24 hours, he changed his mind.

Sources close to Sarma are clear he can’t wait anymore, that the BJP’s two consecutive wins in Assam are attributable to him, and that apart from Assam, he opened the gates of the entire North-East region to the BJP and proved an able lieutenant to Shah in “government making” in smaller states Manipur and Meghalaya.

He plotted a coup in Arunachal Pradesh, upstaging the Congress. He toppled the Congress, the single-largest party in Manipur, stitching up a BJP alliance in 2017. His deal-making ensured a Congress government in Meghalaya as well. In Nagaland, Sarma, universally known as “HBS”, was the key figure in the alliance between the Naga People’s Front, the National Democratic Progressive Party and the BJP.

These sharp moves and their immediate political gains have endeared HBS to Shah, who sees nothing wrong in enrolling defectors. Of them, HBS has been a huge prize. He famously quit the Congress in 2015 after falling out with his mentor, the late Tarun Gogoi. Like Suvendu Adhikari, the Trinamool turncoat who won Nandigram against Mamata Banerjee, HBS was given a wild card entry to the BJP by Shah who recognized his ambition and his ability to negotiate winning deals.

When he quit the Congress, Sarma famously blamed Rahul Gandhi, then the party president, for paying more attention to his pet dog than Sarma at a crucial meeting. Now, while Sarma waits to see if he gets his dream gig, the Congress is returning the favour of the snide swipes. “What has he achieved by joining the BJP? He was Number Two in the Congress (to Gogoi), he is Number Two in the BJP. Has he managed to become Chief Minister?” a senior Congress leader relished.

This is the HBS dilemma in a nutshell. He needs to show his cadre and MLAs that he has the political capital to move on from being always the bridesmaid, never the bride. The advantage Sonowal has is that he is exceedingly low-profile – a quality much prized by Modi and Shah in their Chief Ministers. He has also never been associated with the Congress, which is a big plus as far as Modi is concerned. Sonowal also built a good, quiet rapport with Modi during his stint as union Sports and Youth Minister.

Top sources say that BJP President JP Nadda met Shah yesterday after his trip to West Bengal and the post-election violence there, and a discussion was held on convening a meeting that would decide who should be sent to Assam to serve as party observers and gauge the sentiment within MLAs there over Sonowal vs Sarma. This is exactly how the high command culture used to work in the Congress, observed an HBS MLA wryly.

For HBS, timing is everything. His camp feels that Modi and Shah have squandered a lot of political capital in the BJP’s massive defeat in Bengal. The assessment is that the BJP’s top bosses are unlikely to want to set off another crisis in the only state they seem to have won apart from tiny Puducherry. It would have been very different if they had won Bengal and could have simply issued a diktat to Sarma to come to the centre and work for the Modi government. The problem in giving Sarma a central role is that the queue for cabinet jobs is very long with hopefuls like Jyotiraditya Scindia who switched from the Congress waiting to be accommodated.

What is now clear is that Sarma, despite his lofty status and important portfolios including Health, is looking for an uograde. Status quo is not tenable to HBS anymore. That is causing the delay in the swearing-in of the Assam government.

(Swati Chaturvedi is an author and a journalist who has worked with The Indian Express, The Statesman and The Hindustan Times.)