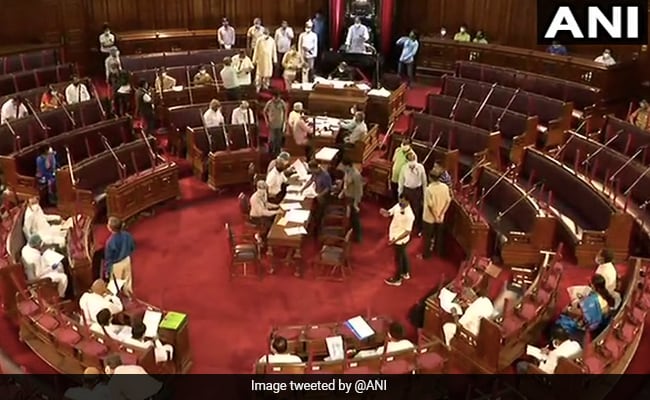 The oath-taking ceremony will continue till Saturday

The swearing-in ceremony for the newly-elected legislators in West Bengal got underway on Thursday morning, with pro-tem speaker Subrata Mukherjee administering the oath of office and secrecy to the MLAs.

Chief Minister Mamata Banerjee attended the ceremony for a short while before leaving for the state secretariat.

At least 143 MLAs — most of them from the assembly constituencies of Kolkata, North- and South-24 Parganas, Purba and Paschim Medinipur, Howrah, Hooghly, and Jhargram — are set to take oath on Thursday.

Seventy-four of them would be sworn-in during the first half of the day, and the rest in the second half.

No BJP representative, however, took part on Thursday. The oath-taking ceremony will continue till Saturday.

The TMC has swept the just-concluded West Bengal assembly elections, bagging 213 seats, while its bitter rival, the BJP, managed to pocket 77 constituencies.

One seat has gone to the ISF, which contested under the symbol of Rashtriya Secular Majlis Party, and another to an Independent member.

Elections in Jangipur and Samsherganj were countermanded following the death of two candidates.

By-poll to Khardaha assembly seat, where late TMC nominee Kajal Sinha won by a margin of over 18,000 votes, would also be held later, an election official said.