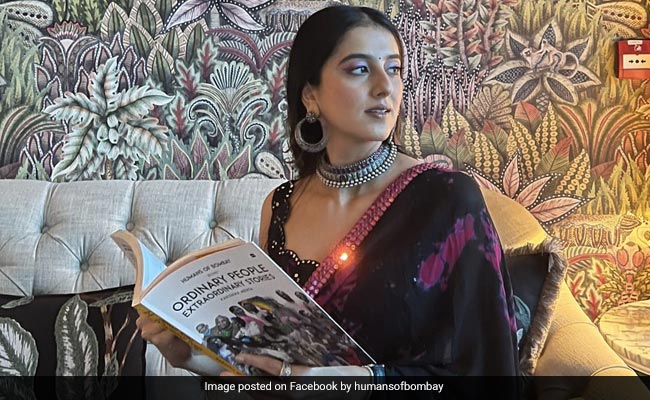 Karishma Mehta was just 21 when she started ‘Humans Of Bombay’ – a page that today has over a million followers on Facebook and twice as many on Instagram. Starting a page that would feature interviews with people on the streets of Mumbai was no easy feat. In fact, Ms Mehta recalled, when she first started Humans of Bombay, she went around the city’s iconic Marine Drive, asking strangers if they would agree to speak with her. “Only one woman agreed; she was in her mid 50’s and recently widowed,” Ms Mehta said in a post published on her own page.

“We sat there, two strangers, with the city lights twinkling behind us, knowing that we’d connected far beyond the ‘stranger’ tag. At the end of it, she said, ‘Thank you, it feels like a burden has been lifted off my chest.’ We parted ways, but I knew I was onto something special,” she remembered in her post.

That was eight years ago. Since then, Humans of Bombay has grown to documents the inspiring stories of not just the people of Mumbai but also its businessmen, celebrities and many more.
Today, Humans of Bombay is not just a platform to document stories – it’s a page that has helped several people through crowdfunding.

“We have thus far raised over 15 crores, paying for surgeries and the education of the lesser privileged, rehabilitating women in the sex trade and in one case, justice for a man who was wrongfully imprisoned for a bomb blast,” said Ms Mehta.

The last story she refers to is the case of Ali Bhai, for whom the platform managed to raise Rs 23 lakh – a lakh for each year he spent in jail.

“We told Ali Bhai’s story and then asked our readers to contribute 23 lacs for the 23 years he spent in jail,” said Ms Mehta. “Overnight, we raised the entire amount.”

But what have the founder and her team learned over these eight years they spent talking to strangers? “Sluicing through the myriad of business, finance, and the whole schbang, the one invaluable skill we have honed, is the art of storytelling,” she said.

According to Ms Mehta, the more they listened, the more people opened up about their stories, because ultimately, “everyone wants to be heard”.

You can read her full interview here:

The interview has racked up over 7,500 ‘likes’ on Facebook. In the comments section, many thanked the writer and photographer for starting an initiative that has helped thousands – not just through fundraising but also through the inspirational posts published on the page.

“I am not from Mumbai but I read all the posts. It motivates me to fight in my life,” wrote one Facebook user.

“Have been following your stories from the beginning. You have done most remarkable and commendable job on earth! You have connected us with humanity,” said another.