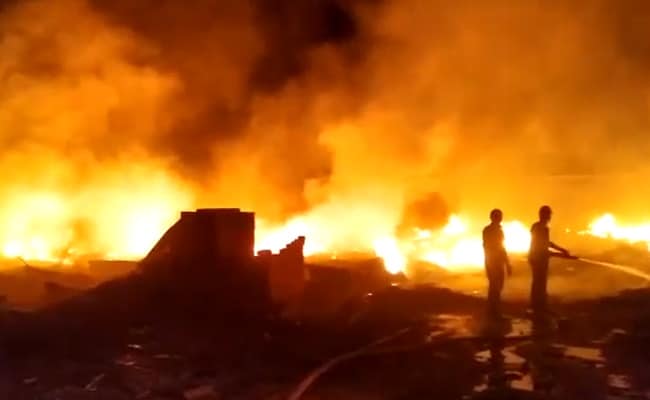 No casualties have been reported so far.

A massive fire broke out in a slum area near Barola village of Noida this evening after which the police and fire officials reached the spot to douse the blaze.

No casualties have been reported so far.

Local residents gathered in the area to help douse the fire, flames of which reached high in the air and could be seen from various sectors of Noida.

Police officials of Noida sector 49 station are on the spot and have cleared the area. The cause of the fire is not known yet.