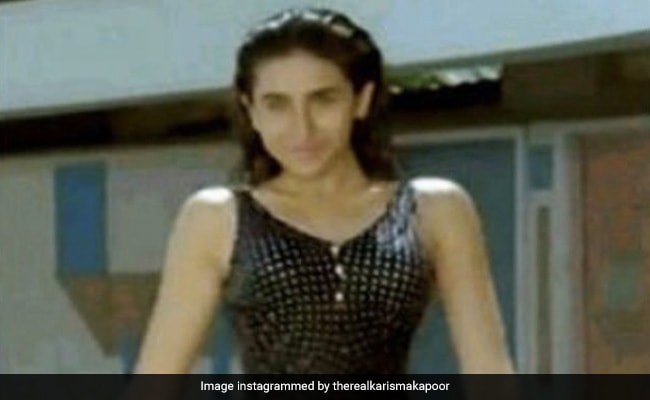 In Prem Qaidi, Karisma Kapoor co-starred with actor-producer Harish Kumar, who was just 15 then. The film was the Hindi remake of 1990 Telugu movie Prema Khaidi. Here’s what Karisma Kapoor posted on Instagram:

With her entry in Bollywood, Karisma Kapoor broke the tradition which prohibited the Kapoor family’s female members from joining showbiz. Karisma Kapoor became one of the top stars of the decade, starring in commercial hits such as Biwi No 1, Raja Babu, Raja Hindustani and Coolie No 1, and critically acclaimed films like Fiza and Zubeidaa. Her success shattered the Kapoor family taboo on women in films, and in 2012, Karisma’s younger sister Kareena Kapoor made her debut with Abhishek Bachchan in Refugee. The rest is history. However, the Kapoor sisters have never co-starred in a film together.

Karisma Kapoor’s acting career took a backseat after her wedding to businessman Sanjay Kapur in 2003 – she played full-fledged roles in just two films after that. The former couple divorced in 2016. The 2020 web-show Mentalhood marked Karisma Kapoor’s big comeback in acting.