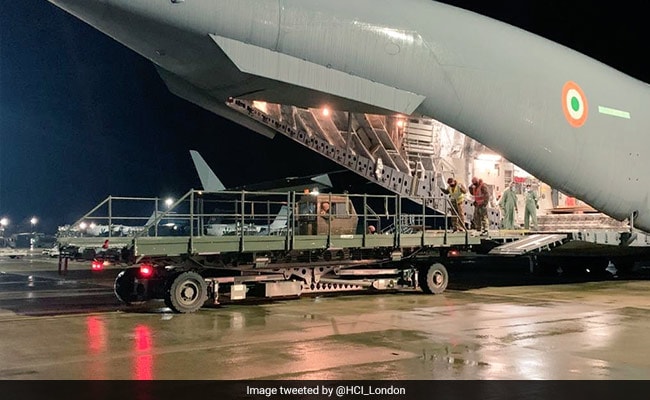 The IAF has been working relentlessly to ensure smooth shipping of oxygen containers, concentrators

The first batch of 900 oxygen cylinders offered by the British Oxygen Company was airlifted by the Indian Air Force (IAF) to India on Monday.

The British Oxygen Company has offered 5,000 oxygen cylinders to India to help the country in its fight against rapidly spreading second wave of COVID-19.

The United Kingdom on Sunday (local time) had announced that it will be sending additional 1,000 ventilators from the UK’s surplus supply to Indian hospitals as part of its commitment to support India’s fight against the second wave of coronavirus.

The IAF has been relentlessly working toward ensuring smooth shipping of oxygen containers and concentrators, working from the force base in Panagarh in West Bengal.

As India is facing a massive surge in COVID cases and there is an unprecedented health crisis in the country, several countries have extended support to India.

Global help and support have poured in the form of PPE kits, raw materials for the production of vaccines, oxygen concentrator, and oxygen containers.

India registered a slight dip in coronavirus cases as it registered 3,68,147 fresh infections and 3,417 related deaths in 24 hours on Monday, the union health ministry had said.