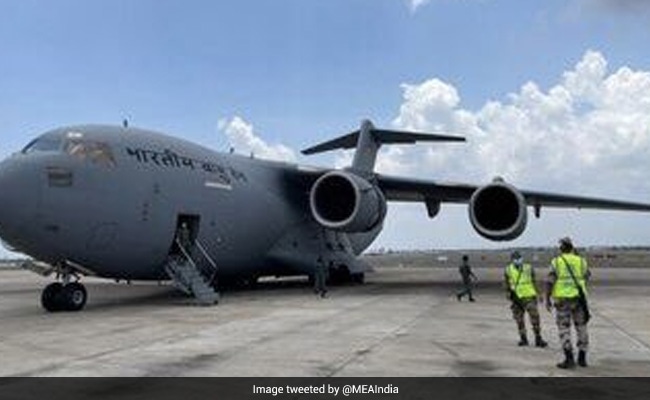 “Showcasing the potential of partnership to fight the pandemic,” MEA spokesperson said.

“Another IAF aircraft arrives in Chennai (India) from UK in a short span of a few hours. This one carrying another 450 oxygen cylinders. Value this support from the UK,” Mr Bagchi tweeted.

Earlier in the day, An Indian Air Force aircraft carrying 450 oxygen cylinders each of capacity 46.6 litres from the UK, had reached Chennai.

Mr Bagchi expressed gratitude to UK and tweeted, “Showcasing the potential of partnership to fight the pandemic. An IAF aircraft carrying 450 oxygen cylinders arrives in Chennai (India). Grateful to UK for the support.”

The United Kingdom on Sunday (local time) had announced that it will be sending additional 1,000 ventilators from the UK’s surplus supply to Indian hospitals as part of its commitment to support India’s fight against the second wave of coronavirus.

Till date, the IAF has brought in 54 cryogenic containers and 900 oxygen cylinders from outside India (Singapore, Dubai, Bangkok, Frankfurt and UK), clocking over 140 hours of flying.