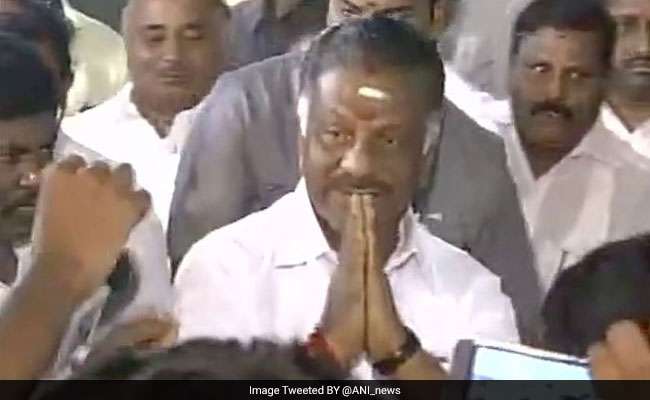 O Panneerselvam had challenged the order under section 153 C of the Income Tax Act, 1961

The Madras High Court on Thursday declined to grant interim stay against the Income Tax notice to AIADMK Coordinator O Panneerselvam, relating to an assessment order.

The former Chief Minister had challenged the order under section 153 C of the Income Tax Act, 1961, saying the assessment/re-assessment order was issued after March 31, 2021, when the section had been removed.

The bench of Acting Chief Justice Munishwar Nath Bhandari and Justice PD Audikesavalu said that according to the petitioner, the same change brought about pertaining to Section 148 of the Act has also been made applicable to search and seizure notices.

“However, it is unclear as to what the period of limitation would be and whether notices issued subsequent to March 31, 2021 would require a different procedure to be followed than the procedure followed prior to April 1, 2021,” the bench said.

“Though an arguable case is made out and the matter requires consideration, no interim order is immediately called for,” the bench said.

The court directed issuing notices to the non-appearing parties and said counter-affidavits should be filed within four weeks from date.

The judges posted the matter for six weeks hence.

It also made it clear that any steps taken, including assessment orders passed upon conclusion of the search and seizure process, would abide by the result of the petitions.