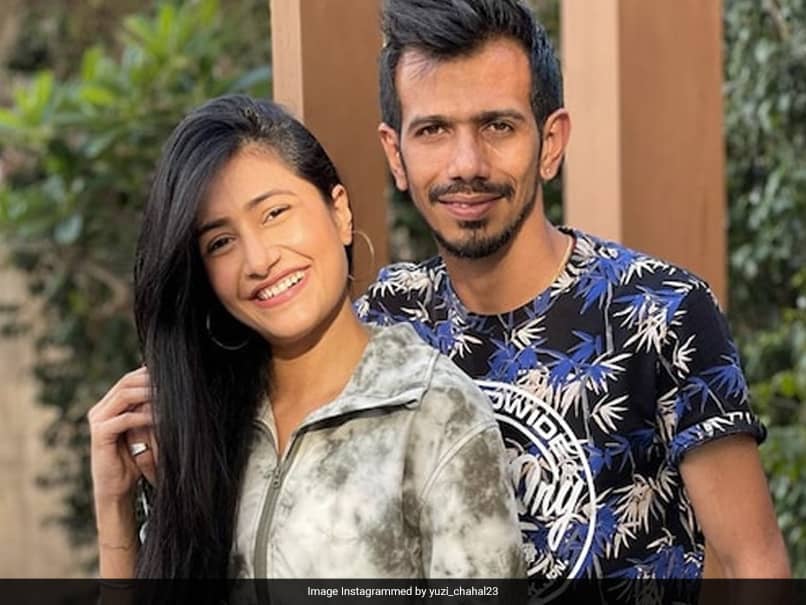 The Indian Premier League (IPL) 2021 was postponed by the Board of Control for Cricket in India (BCCI), after an emergency meeting, to safeguard the well-being of all the players and stakeholders involved. Now, that the tournament is out of the way for the time being, fans have started sharing photographs from the mega event to keep themselves occupied. On Wednesday, Dhanashree Verma, the wife of Royal Challengers Bangalore (RCB) spinner Yuzvendra Chahal, received a special note on one of her fan pages, thanking her for making the IPL special for her followers.

The note from an Instagram page, ‘Dhanashreefever’, read, “Thank you so much, Dhana for coming to support RCB. It’s always been a pleasure to see you in the stands. Thanks for making IPL more amazing for me with your presence. My prayers and best wishes are always with you. Stay safe and healthy.”

The note had photographs of Dhanashree from the stands, cheering for RCB. Dhanashree reposted the story on her official Instagram handle and wrote, “So sweet, thank you.” 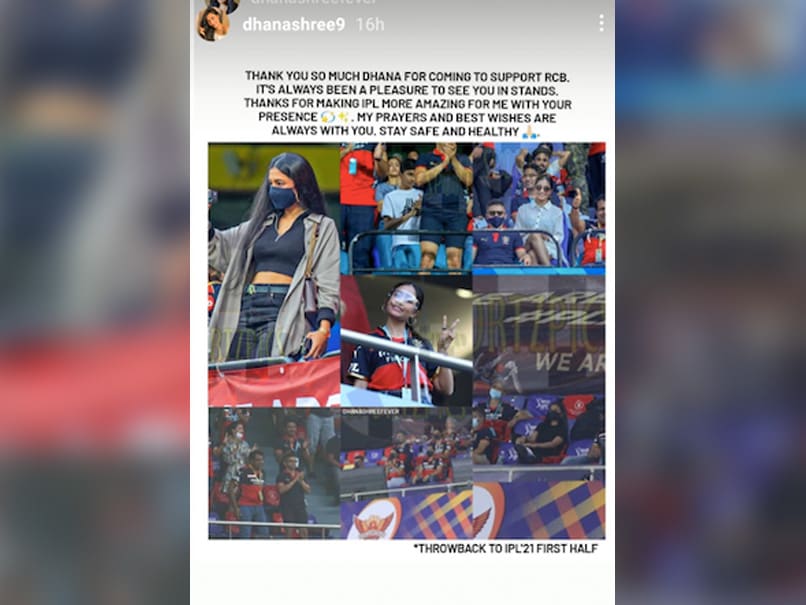 Earlier, Dhanashree had shared several pictures with Chahal and his RCB teammates, AB de Villiers and Glenn Maxwell, on Instagram. “The 5 am club. Going to miss the bubble family,” she had captioned the picture.

Dhanashree was often spotted in the RCB stands before BCCI abruptly suspended the mega event mid-way. The Virat Kohli-led outfit was placed at the third spot on the IPL table, when the tournament was suspended.