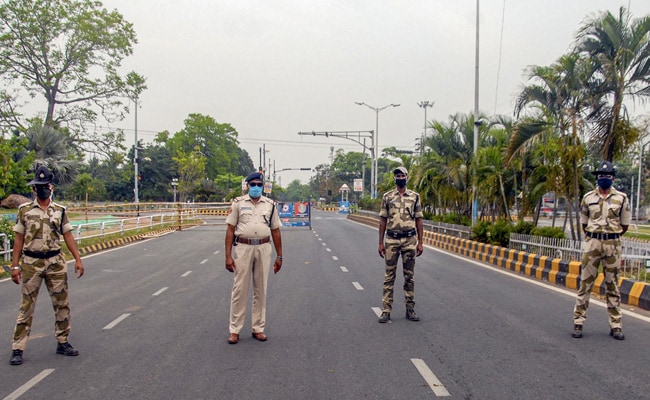 Police personnel have been deployed in the residential areas and along the arterial roads.

Streets were largely empty and shops dotting the thoroughfares mostly closed on Wednesday morning as a 14-day lockdown came into effect in Odisha with the imposition of several restrictions.

Movement of goods carriers, however, were not affected by the shutdown — enforced by the government to break the chain of COVID-19 transmission in the state.

Early in the day, a handful of residents here were found buying essentials at grocery stores — which have been given permission to operate from 7 am till noon.

Short queues were also witnessed outside some of the city’s vaccination centres, as people waited patiently for their turn to take the COVID-19 jab.

Police personnel deployed in the residential areas and along the arterial roads were seen stopping one or two persons to check if they had a genuine reason to venture out of homes.

All educational institutes, shopping malls, marketplaces, entertainment parks and cinema halls remained shut during the day in accordance with the government order.

Meanwhile, the state’s excise department has requested the government to make provision for home delivery of liquor amid the two-week lockdown.

“Based on our past experiences, we can say that people may resort to illegal and informal channels to procure liquor if a provision is not made for them by the government,” Excise Principal Secretary SK Lohani wrote to SRC P K Jena.