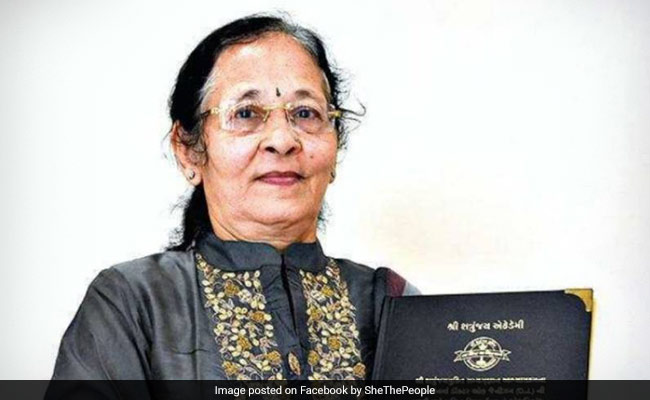 Usha Lodaya has completed a 2-year Masters and a 3-year Doctorate course in Jainism.

While for many, age is a reminder to take things slow, for 67-year-old Usha Lodaya, it pushed her to pursue her teenage dream of becoming a doctor.

Usha Lodaya, who had dropped out of college at 20, has completed her doctorate course in Jainism after resuming her education in her sixties.

The gritty Vadodara resident enrolled into a Jainism course at Maharashtra-based Shatrunjay Academy, an institution set up to spread the knowledge of Jainism among the community members.

On Sunday, the sexagenarian passed her viva voce on 12 contemplations in Jain tradition, to earn her doctorate degree.

“It has been my dream to become a doctor ever since I enrolled for a Bachelor of Science degree decades ago. However, I was forced to drop out of college when I was 20 years old because of an early marriage,” Usha told PTI.

Inspired by her guru Jaydarshitashriji Maharaj, a scholar on Jainism, Lodaya renewed her ambition and worked to realise it by enrolling for an online course in Jainism at the trust-run institute in Jalgaon, Maharashtra.

“My decades-old dream came to be realised as I was inspired by my guruji to join a three-year graduation course in Jainism started at Shatrunjay Academy,” she said.

“As I belong to the Jain community, I plan to continue exploring the religion further and teach students from the community, who come to me regularly,” said a determined Usha.