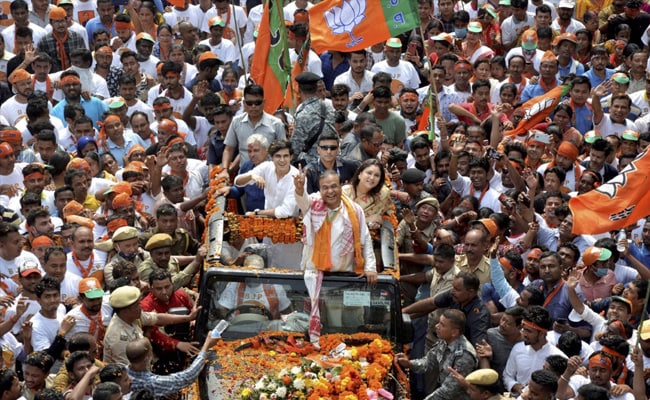 The BJP-led National Democratic Alliance is set to retain Assam, heading for a comfortable majority in the northeastern state. By noon today, the party was leading in 82 seats, crossing the majority mark, while the opposition Mahajot led by the Congress party led in 43.

Voting for these elections took place in three phases between March 27 and April 1.

In the 2016 Assembly polls, the NDA had trounced the Congress, winning 86 seats and installing Sarbananda Sonowal as Chief Minister.